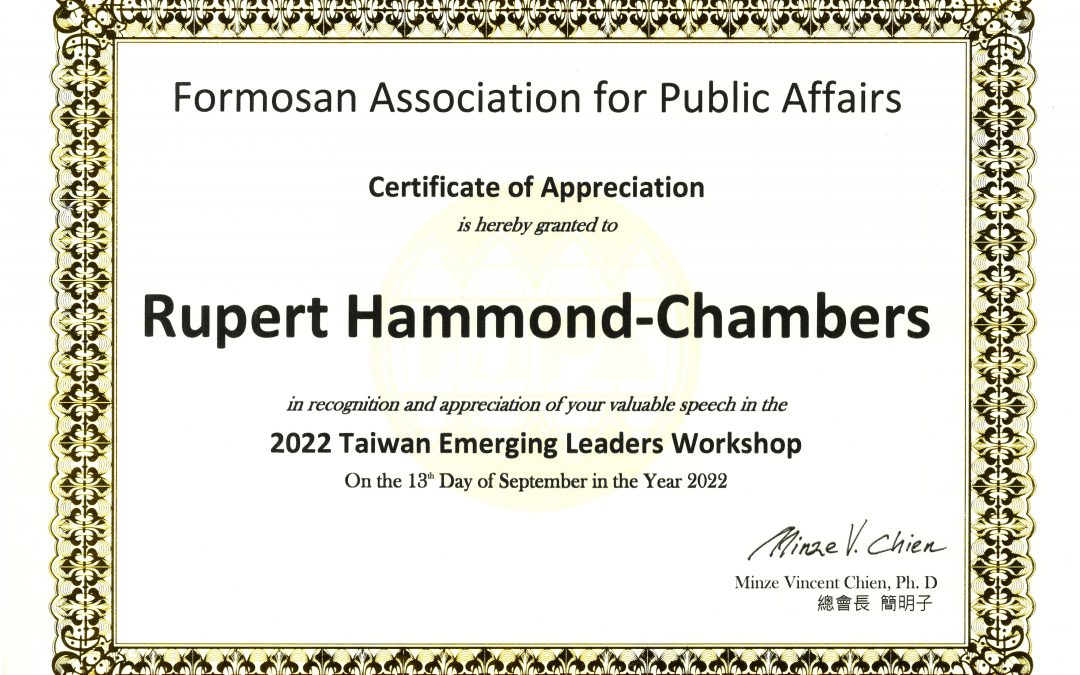 Since 2010, FAPA has organized the FAPA Emerging Leaders Workshop normally every two years. This week-long Workshop invites outstanding young talents around the world to Washington, D.C. to learn about U.S.-Taiwan-China relations and exchange views with each other. FAPA has cultivated more than 150 emerging leaders thus far, including Member of LY Wang Ting-yu, City Councilors Ying-meng Lin and Jiho Chang.

Mr. Hammond-Chambers was awarded a Certificate of Appreciation from FAPA in recognition of his participation. The Council thanks FAPA for the opportunity to participate in the workshop.