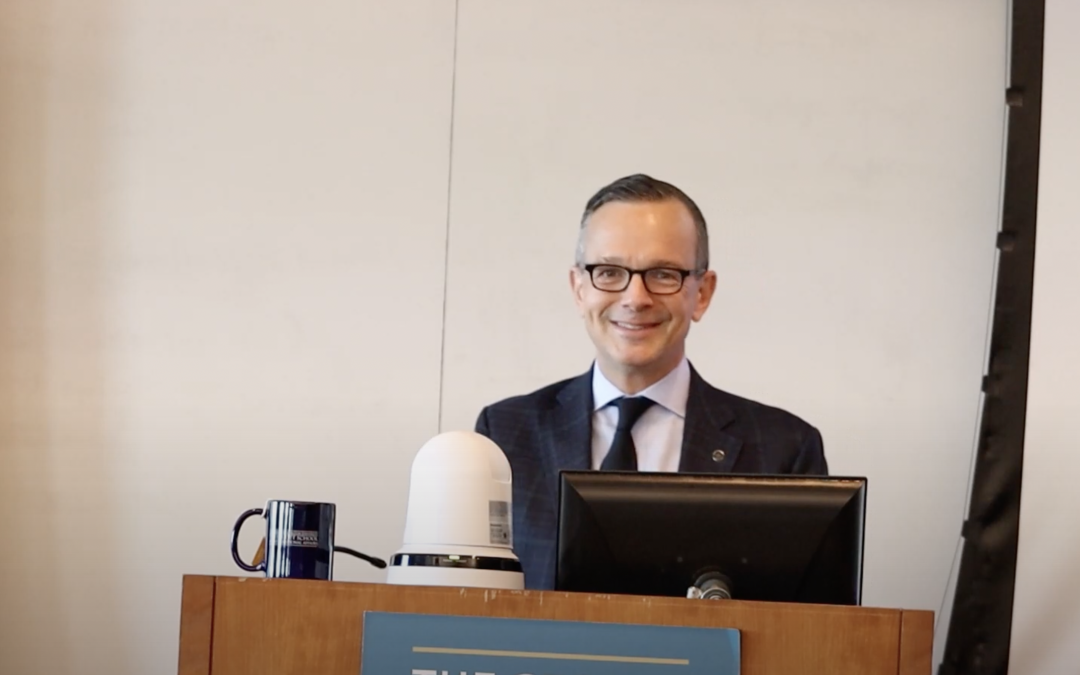 In announcing the event, the Sigur Center said:

Taiwan is increasingly being tested by both military and economic security pressures from China. Beijing’s stepped-up manned and unmanned military activities and imposition of greater economic and military costs on other countries engaging in otherwise regular diplomatic and international engagement with Taiwan since August poses serious challenges to the rules-based international order, undermine the status quo across the Taiwan Strait, destabilize the Indo-Pacific region, and negatively impact international trade and transit. Combined with intense cybersecurity challenges, supply chain pressures and US-China tech competition, Taiwan faces a unique set of economic and military security challenges that are increasingly recognized and shared by like-minded partners in the region as well as across the globe.

Experts at the conference will offer their views on key economic and military issues currently facing Taiwan, and the prospects for Cross-Strait and regional stability.

I want to thank the Sigur Center for all the excellent work they do in promoting America’s relationship with Taiwan – helping us understand the stakes for the United States in our relationship with Taiwan, and why we should care about Taiwan. Associate Director Deepa Ollapally asked me if I could talk about bit about supply chains this morning.

I’d like to just tell you what we’re seeing at the U.S-Taiwan Business Council. I like to think of us as a bit of an aggregator. We have about 56 or 57 members across the board, and half of that is tech, energy, or pharmaceuticals. We do a defense work, although that’s a smaller constituency in our organization. On the supply chain side, things are extremely dynamic. I think we can look at the latest tensions – China’s poor behavior after Speaker Pelosi visited Taiwan this summer, which I’ll return to. But if we’re going to talk about supply chain shifts, we really must go back to January 20th, 2017, the first day of President Trump’s administration. In my opinion, there was a (much needed) shift from a “bipartisan accommodationist” policy toward China – that had existed through the Clinton, Bush, and Obama administrations – to one that assesses, more realistically, how we should address and deal with the challenge from China. I appreciate the fact that there are some respectful disagreements between right and left within our country, but I think there is now a bipartisan view that China is a challenge that has military political, cultural, and of course economic components.

So, we get this shift starting in 2017, and the ripple effect cannot be understated in the supply chain. You see it in two ways. One, the large multinational corporations that have offices here (though not all of them) were somewhat taken aback. It was a surprise to them, but they at least have significant experience in engaging government and at least some mechanism to push a process of reassessment and redirection in the China economic relationship. For their supply chain partners, many of whom are Taiwan companies, there was no such platform; no such experience; no such mechanism for engaging policy makers outside of Taiwan who are having a significant impact on risk. Therefore, they (Taiwan businesses, U.S. decision makers, the Executive/Congressional branches, U.S. multinationals) had no way of understanding what was going on or where it was going to end up, nor if they had equities and interests, (which they do) how to potentially influence those. It was a significant scramble for several years, before they got a better handle of what was going on.

No one is talking about tearing down concrete and steel in China. The supply chain, as it exists right now, is mostly going to remain as is. But as we look forward, the board meetings at all the big multinational [companies] and Taiwan businesses will decide to support each other as they look at their CAPEX allocation and their investment allocation for future investment, [it’s] shifting dramatically from before. That money will not be pouring into China in the way [it used to]. Let’s not confuse liquid capital -money that comes in and out of markets easily- with deployed capital that results in concrete and steel, jobs, etc. There we are seeing a shift.

The best reference for this is Taiwan’s Ministry of Economic Affairs. Data on inbound investments into Taiwan [sheds light on] what those financial flows look like. But the adjustment is stark, and we’ve seen some historic highs of FDI flowing into Taiwan in the last three years as a function of this pressure within the supply chain. The capital is coming back into Taiwan for several reasons, but I think the primary reason is that the companies are looking out into the world and they’re seeing a lot of disruption and geostrategic tension. The best calibration they can make to meet future demand while mitigating future risk is to come home, because home is what you know best. So, you are seeing an influx of capital into Taiwan, but the country has significant limitations. I’m not just talking about the threat from China, in fact I would put that at number five in a short to medium term assessment of capital risk in respect to Taiwan. Land, water, power, and personnel remain the most significant barriers to supply chain adjustment and inbound investments into Taiwan. And they’re unlikely to go away in the near future.

From an advanced standpoint, not China but everywhere else (Vietnam, India, Thailand, Indonesia, and Eastern Europe), those are the areas that we’re seeing capital flow and supply chain adjustments take place. The other part of it is an increasing recognition that Taiwan’s supply chain partners have made huge strides in ensuring that they were the trusted partner of choice for U.S. multinationals. The key word there is trust. TSMC has come back to become the semiconductor example Perhaps a central component of Taiwan’s success isn’t just TSMC’s incredible technology that they’ve applied, but that they have successfully navigated (since Morris Chang founded TSMC) protecting other people’s intellectual property. And consequently, over the decades, they’ve built this reputation for trust. So, companies like Qualcomm or Apple, to name two but there are many, feel comfortable handing over their intellectual property to another company to manufacture at the highest levels, and then allow them to sell into the global economy. That issue of trust is unlikely to go away unless Taiwan businesses shift. They’ve also had to calibrate the fact that they got into that position by driving a cost machine that basically prioritized, above and beyond everything else, the manufacturing of whatever they were producing at the lowest possible cost and the highest possible standard. But that is shifting now. Those aren’t the only characteristics. Geopolitics and neo-industrial policy in countries like the U.S. is drawing companies in because they recognize that their markets are demanding that the supply chain is spread out more.

[Turning the supply chain in a new direction] is not like turning a sailboat. Think a U.S. aircraft carrier: it turns very slowly. That’s something to remember about what’s happening in the supply chain. Things are changing and companies recognize that and are looking to deploy capital in new areas and in new ways. But the bottom line is that you can’t measure it in weeks and months, it’s measured in years. Some may [ask], “do we have years?” Xi Jinping is so “hell-bent” on attacking Taiwan in the near- to short- to medium- term future. So, can we adjust our supply chain in a suitable period of time to mitigate the risk inherent in having too much of our economic interests embedded in one particular part of the world?

I’d like to mention a couple of data points I pulled just to illustrate why Taiwan will remain a critical partner in the supply chain irrespective of the PRC strategy. I know that we are caught in a binary state of choice between peace and war when we think of U.S., Taiwan, and China. I think that, while China’s military power underpins its foreign policy, they’re looking to absorb Taiwan without firing a shot. Economic coercion is very much at the center of that, and they seek to place an umbrella over Taiwan to declare it a dangerous place to do business. The more pressure [China] can place onto Taiwan, the more pressure they can place on Taiwan’s people, and the more pressure they can place on them to make some sort of accommodation with Beijing on Beijing’s terms. Not on the terms of the 24 million people who live in Taiwan.

When we look at our chip equipment procurement for 2022, Taiwan will lead the world. The Semiconductor Equipment and Materials Institute (SEMI) (the trade association for semiconductor equipment) are looking at US$30 billion worth of sales into Taiwan for this year alone. The investment is staggering. Taiwan is going to continue to be absolutely the center of the semiconductor supply chain. Bear in mind, the CHIPS Act allocates US$52 billion in total, and Taiwan is spending US$30 billion just this year on semiconductors. Just to give you some sense of just how much capital continues to flow in and how central Taiwan remains. I’m going to wrap up right there. Thank you all very much indeed.

The Council thanks the Sigur Center for the opportunity to participate in this Taiwan Conference Series event.