The US-Taiwan Business Council is hosting a private virtual event for our Board of Directors to meet with Taiwan’s representative to the United States.

Bi-Khim Hsiao – Representative, Taipei Economic and Cultural Representative Office (TECRO) – assumed her position in July 2020, after serving as a Senior Adviser to Taiwan President Tsai Ing-wen at the National Security Council. She was also a four-term lawmaker in Taiwan’s Legislative Yuan (LY). See her biography below.

We are delighted that Ambassador Hsiao has agreed to this meeting, and we look forward to interesting discussions on many important issues, including the prospects for a U.S.-Taiwan Bilateral Trade Agreement (BTA). 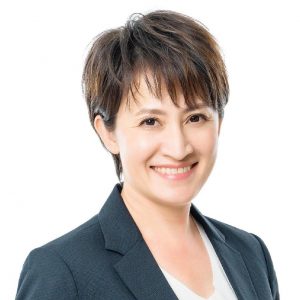 Representative Bi-khim Hsiao assumed her position as Taiwan’s Representative to the United States in July 2020, after serving as a Senior Adviser to the President at the National Security Council of Taiwan.   Representative Hsiao previously served four terms in the Taiwan Legislature, representing overseas citizens for the first term, and then the constituents of Taipei City and Hualien County through different terms. For many years she was ranking member of the Foreign Affairs and Defense Committee and previously the chair of the USA Caucus in the Legislative Yuan.  She began her political career serving as Director of the Democratic Progressive Party International Affairs Department. After Taiwan’s first democratic change of government in 2000, she became an Adviser in the Office of the President, and was international spokesperson for all DPP presidential elections between 2000 and 2012.  Representative Hsiao has taken on numerous leadership roles in international organizations. She was the Chair of the Council of Asian Liberals and Democrats (CALD), an organization representing Asian democratic political parties. Between 2005 and 2012, she was elected Vice President on the Bureau of Liberal International (LI), a London-based global political party organization.   She is also a founding Board Member of the Taiwan Foundation for Democracy.  Born in Kobe, Japan, Representative Hsiao grew up in Tainan, a city in southern Taiwan. She has an MA in Political Science from Columbia University in New York and BA in East Asian Studies from Oberlin College, Ohio.