Virtual Discussion with Senator Cory Gardner on the TAIPEI Act & a U.S.-Taiwan BTA

The US-Taiwan Business Council is hosting a virtual discussion with Senator Cory Gardner on the impact of the Taiwan Allies International Protection & Enhancement Initiative (TAIPEI) Act of 2019, and the potential for the United States and Taiwan to sign a U.S.-Taiwan Bilateral Trade Agreement (BTA).

Please join us as Council President Rupert Hammond-Chambers explores these issues during a wide-ranging conversation with U.S. Senator Cory Gardner (R-CO), Chairman of the Senate Foreign Relations Subcommittee on East Asia, the Pacific, and International Cybersecurity Policy. Senator Gardner was a sponsor of the TAIPEI Act of 2019, and is a long-term supporter of the U.S.-Taiwan bilateral trade and economic relationship.

We hope that you will join us to watch an interesting discussion on these important issues. The event is live streamed on YouTube. 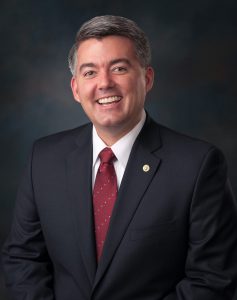 He began serving in the Colorado House of Representatives in 2005 where he spent time as the Minority Whip and became known for his expertise in natural resource and agriculture policy. Cory was elected to the U.S. House of Representatives in 2010. As a member of the House Energy and Commerce Committee, Cory championed a true all-of-the-above energy strategy that promoted traditional resources as well as renewable energy. In addition, Cory is a national leader on energy efficiency initiatives and founded a bipartisan energy efficiency caucus in the House.

In the Senate, Cory continues to pursue common sense energy policy as a member of the Senate Energy & Natural Resource Committee. Cory also serves on the Foreign Relations Committee,  and the Commerce, Science, and Transportation Committee. He also serves as Chairman of the Subcommittee on East Asia, the Pacific, and International Cybersecurity Policy.

As Chairman of the Foreign Relations Subcommittee on East Asia, the Pacific, and International Cybersecurity Policy, Cory led the effort to impose broad new sanctions against North Korea, as the regime continues to be a leading abuser of human rights and its reckless advancement of nuclear weapons threatens our national security.

In 2020, Cory ranks as the 3rd most bipartisan Senator by The Lugar Center for his work in the 116th Congress to build consensus, elevate the tenor of debate, practice civility, and advance legislation on pressing issues. Cory focuses on expanding the economy, creating jobs, and making life better for all Coloradans. He lives in Yuma with his wife Jaime and their three children: Alyson, Thatcher, and Caitlyn.